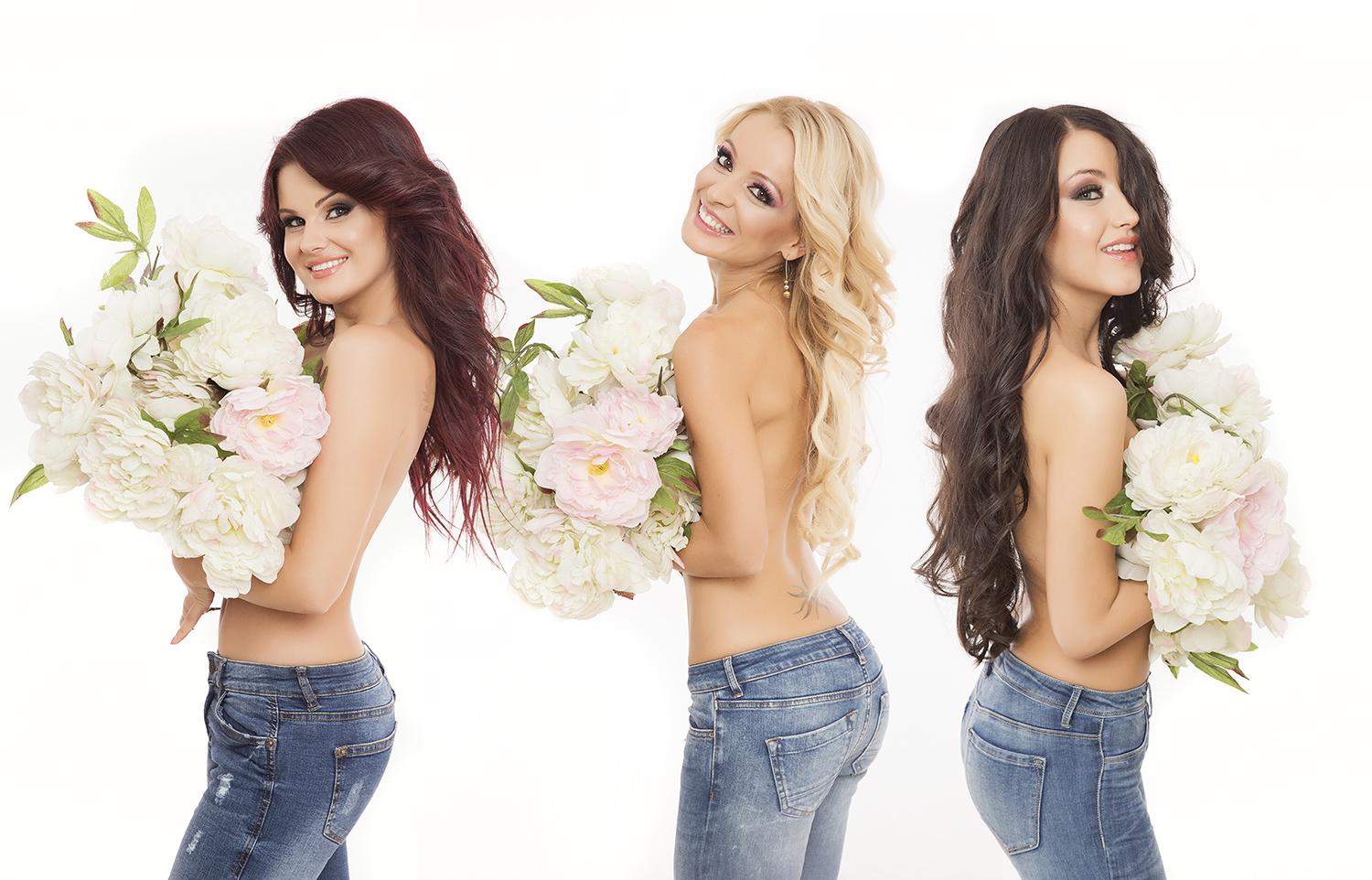 Trio SOPRANO is founded in the beginning of 2009.

Trio SOPRANO’s performances are founded on the classical music with an innovative modern interpretation of the sound.
Their repertoire includes the most famous opera arias, evergreens, russian songs and songs from musicals.
The Trio has performed at some of the largest and most popular Bulgarian Stages, such as Hall 1 in NDK, Ancient theatre in Plovdiv, Arena Armeec Hall in Sofia and many others.
Since May 2015 Trio SOPRANO is a part from Payner music company.

“The Most Unique Group in The World: Trio Soprano”
Issac Gozess, Standard News

“ To experience a performance of “Trio Soprano” is a superior pleasure
in three dimensions: audio, visual, and spiritual.”
Emilia Dimova, Trud News 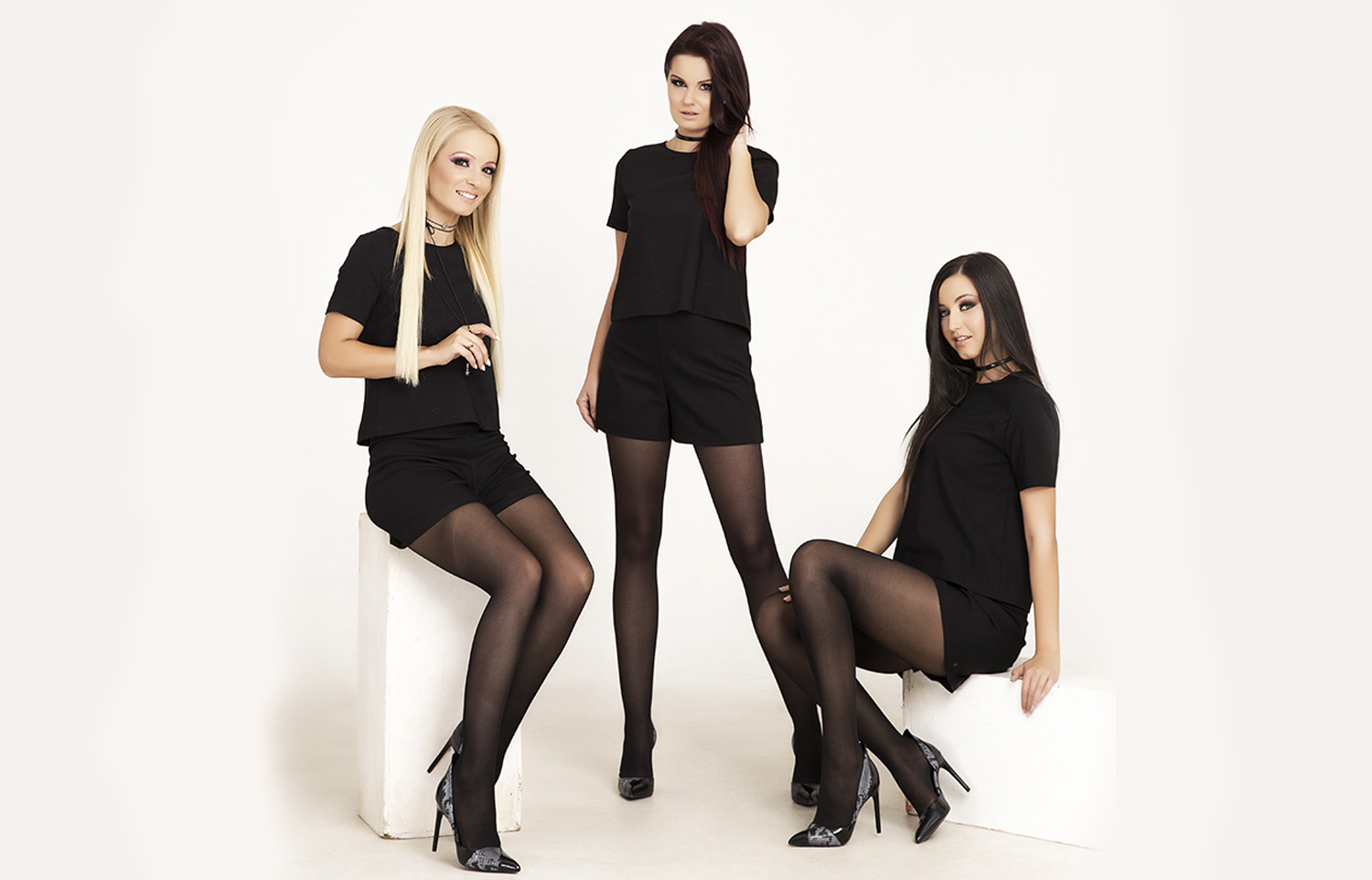 The Performance Program of Trio Soprano Music is suited not only to the Big Theatre Stage, but also to Corporate Events and Private Parties.

Their Repertoire consists of some of the most favorite arias of all times, such as “Traviata Brindisi”, by G. Verdi, “Carmen”, by Bizet, “O, Mio Babbino Caro”, by Puccini, and many more.

The “Evergreens” are represented by favorite pieces, such as : Andrea Boccelli and Sara Brightman's “Time to say good bye”, “Vivo per lei”, “Canto della terra”, etc.

Russian songs have been favorites to a lot of people all over the world. Popular songs like “ Podmoscownie vechera”, “Milion alaich roz”, “Doroga dlinnoyou”, and some others, are performed with them in mind.

The last few years have brought a new trend into the Trio Soprano Music ‘ performance. It includes pieces from Queen and mixed versions of ABBA songs, most of them in a contemporary house sounding.

The Trio performs original projects, some of which are the songs "Liubov edinstvena" and "Useshtam te", which is in collaboration with Ivan Dinev-Ustata. 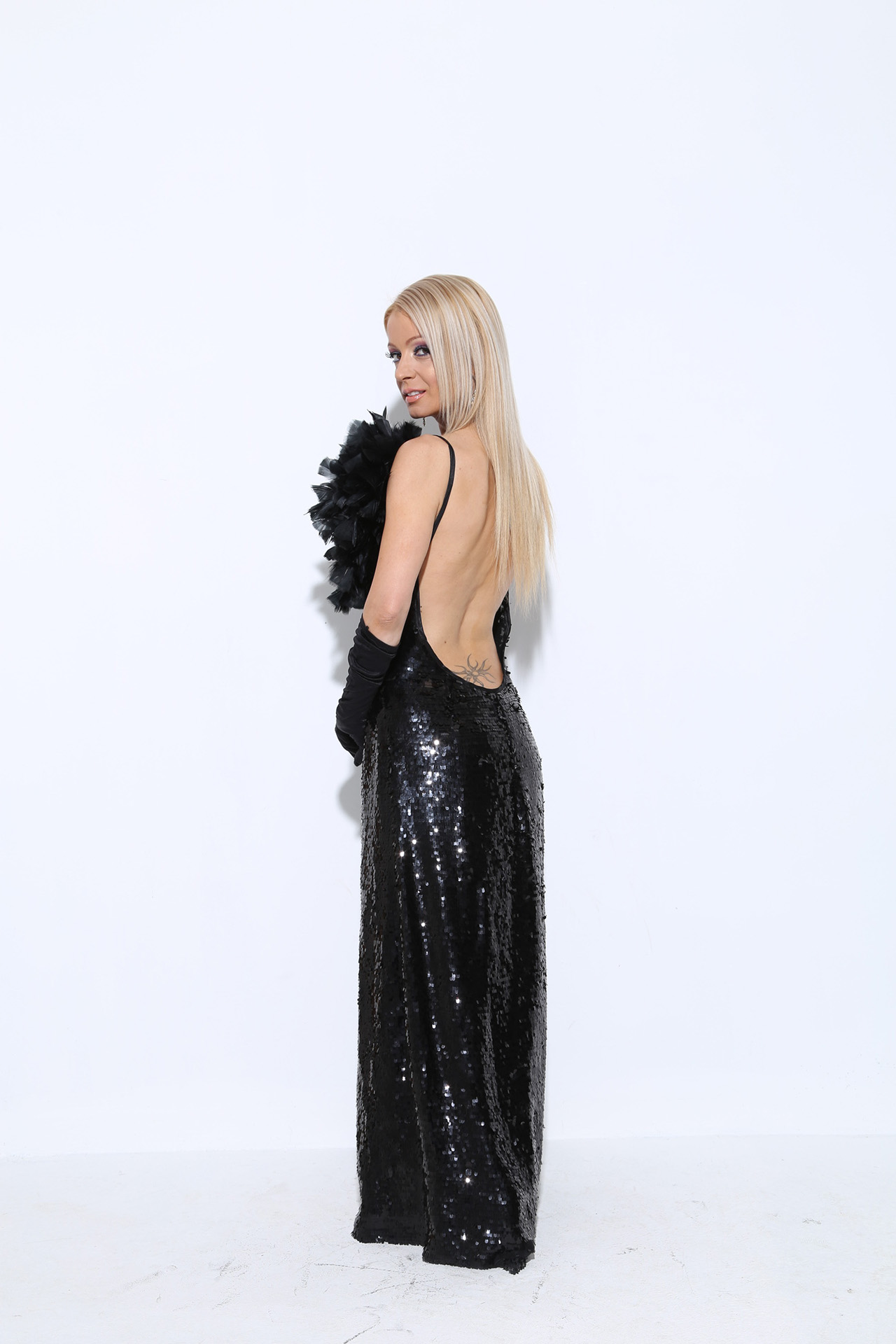 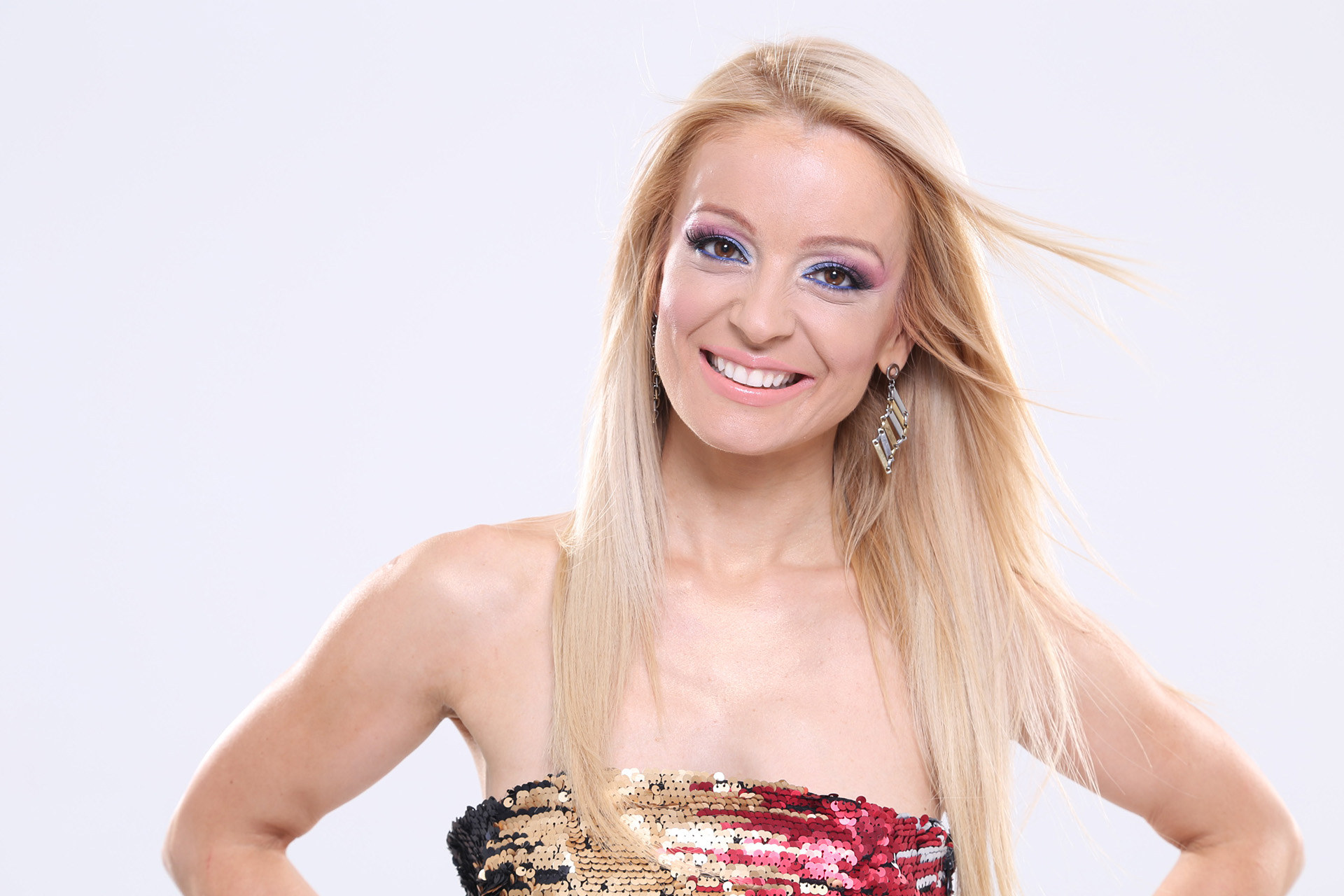 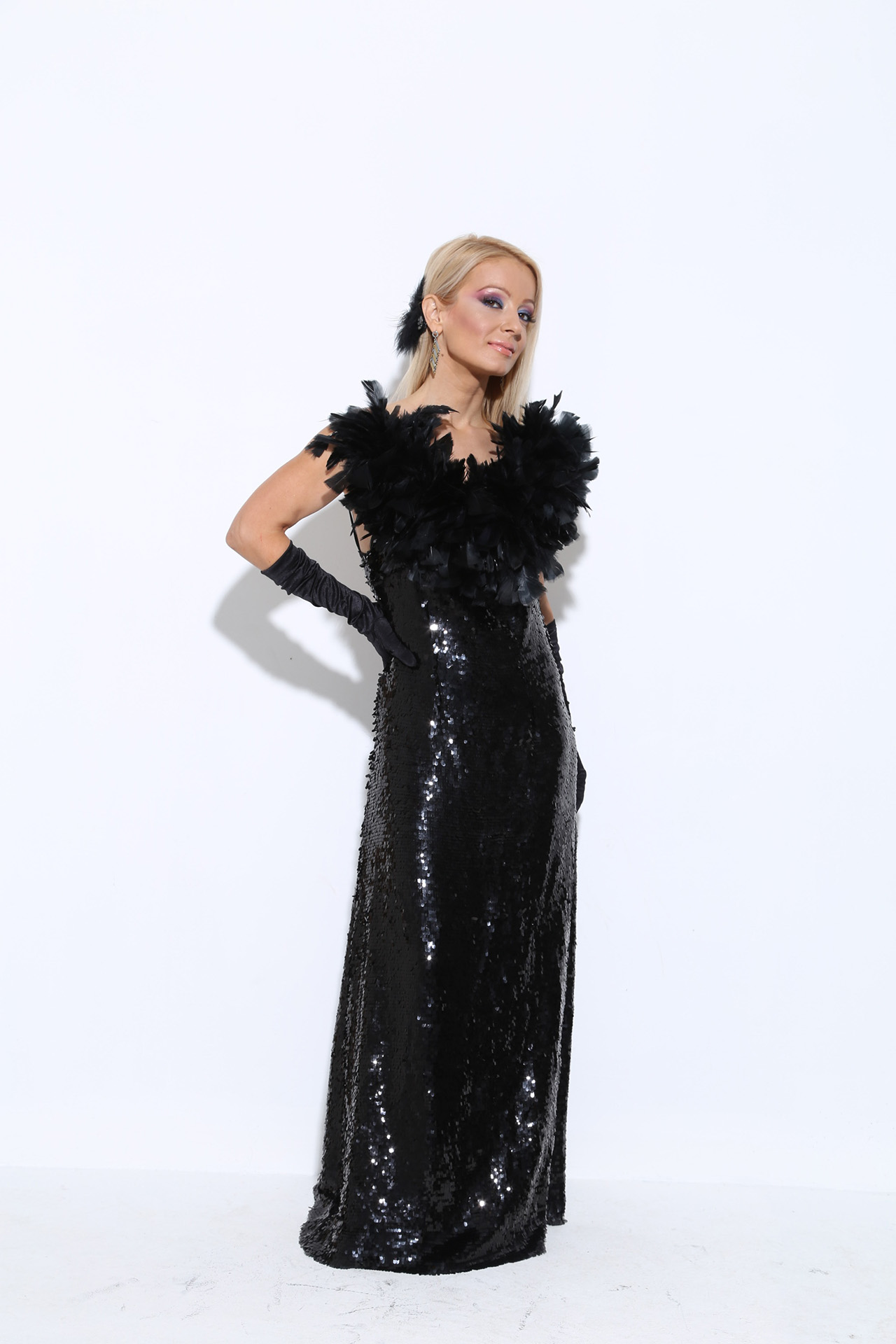 In 1998, she graduated from the Technical University, Sofia, Bulgaria as a Master-Manager with a major in "Industrial Marketing and Management".

In 2004, she has completed her Masters Degree in "Opera Singing" in AMDA – Plovdiv with Prof. Kalina Zhekova. At the same time, Petia studied "Interpretation with a Conductor" with Grigor Palikarov /Conductor at the Sofia National Opera/. She graduated with a professional qualification as Opera Singer. Her education enabled her to teach classical singing at the Schools of Music.

In 2008, Petia completed the semester studies at the NBU – Sofia, with the major of "Opera Stage Production", with Nina Naydenova.

In the late 2008, Petia Vardeva came with the idea of the Trio Soprano, as a new model of a singing group. After discussing it with her mentor and colleague, Assoc. Prof. Toni Shekerdzhieva-Novak, and careful selection of the members, Biliana and Denislava, in February of 2009, Petia became The Founding Initiator and Leader of Trio Soprano.

Today Ms. Petia Vardeva is an important part of Trio Soprano. She is determined to pursue the high and difficult road of the popular music with her partners Biliana and Denislava, and to bring to the Popular Musical Stage a new approach and interpretation of classical singing. 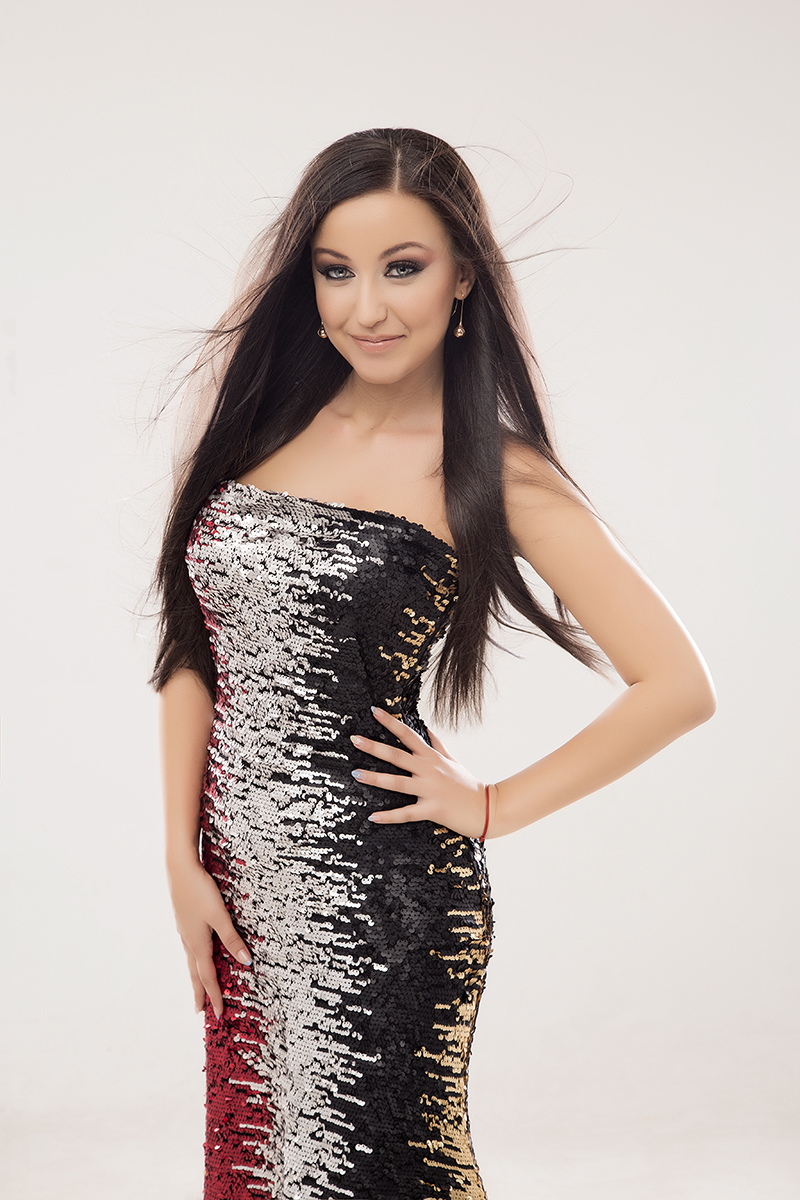 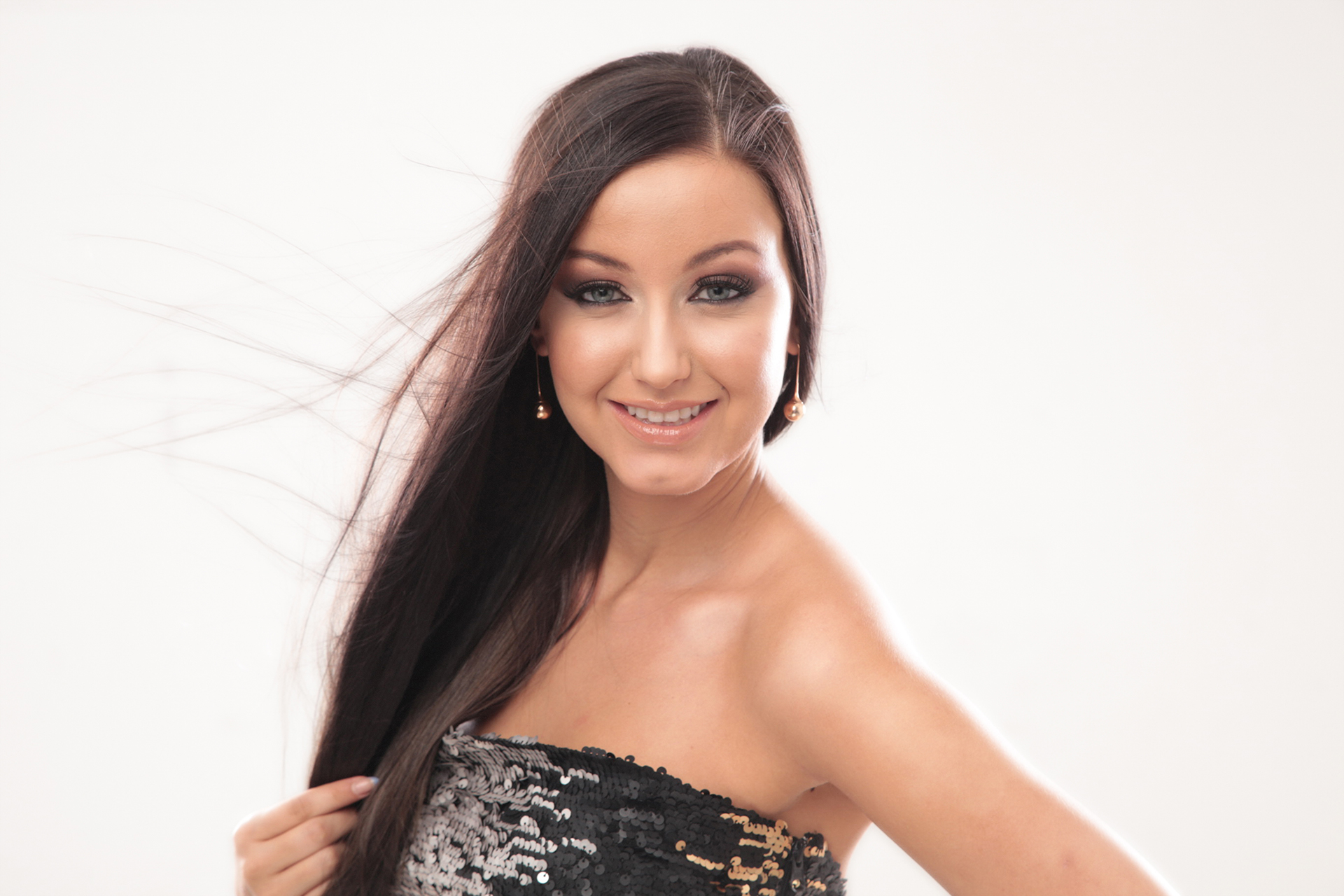 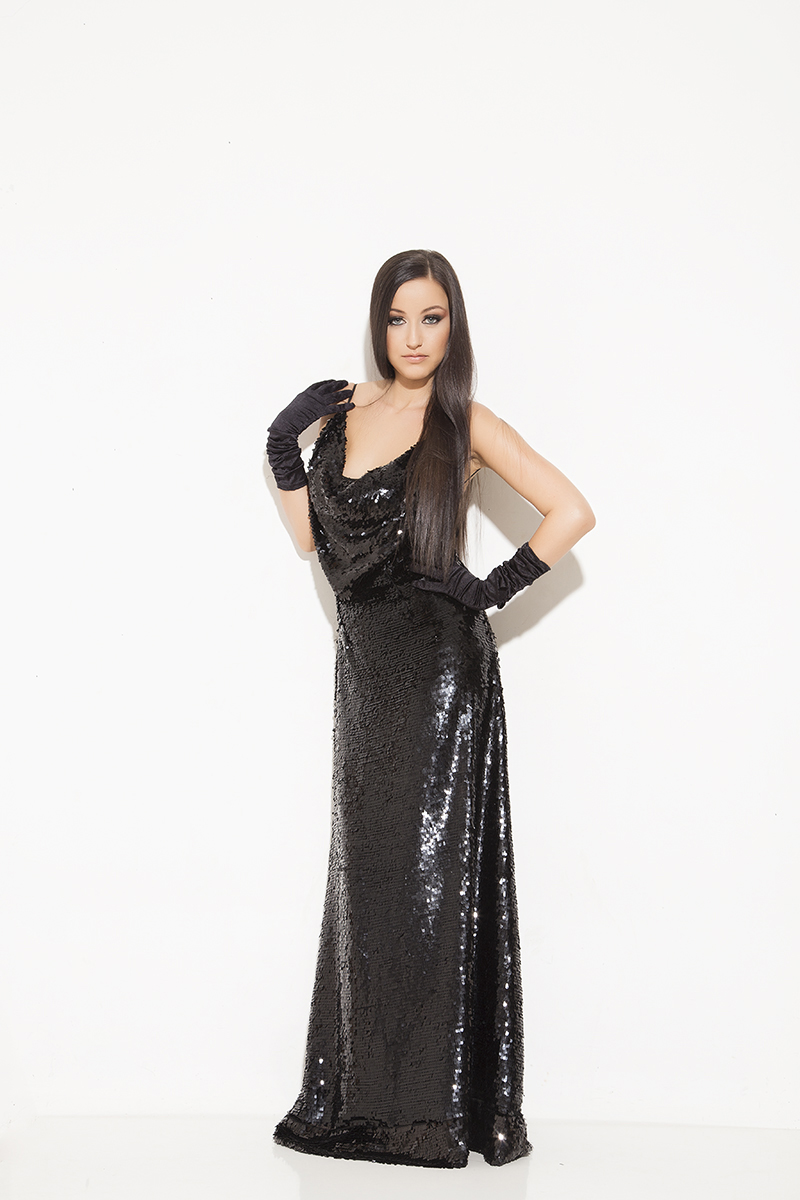 Gabriela attended and successfully completed the studies at the National School of Music and Dance Art in the city of Plovdiv with a major in "Classical Singing" in the class of Assoc. Prof. Toni Shekerdzhieva – Novak, PhD.

During her studies, Gabriela works with the Conductor Plamen Parvanov /Conductor and Main Art Director of Opera Philharmonic Society – the city of Pazardzhik/ and studies acting in the class of Rusalina Chaplikova and Pavel Gerdzhikov.

Gabriela takes part ot a series of concerts with the Plovdiv Philharmonic with conductor Plamen Parvanov and Kiril Chaplikov. She also sings in the operas “Suor Angelica” by Puccini, “The Barber of Seville” by Rossini etc.

In 2016 she became a student in AMDA – Plovdiv with major "Performing Arts – Classical Singing” Master Degree in the class of Assoc. Prof. Toni Shekerdzhieva – Novak, PhD. 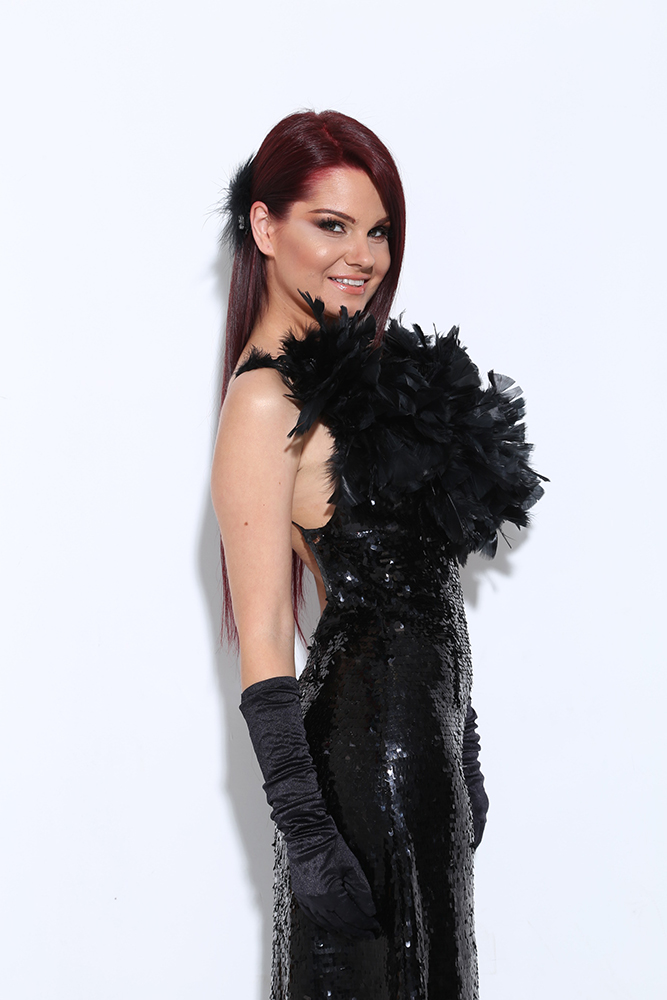 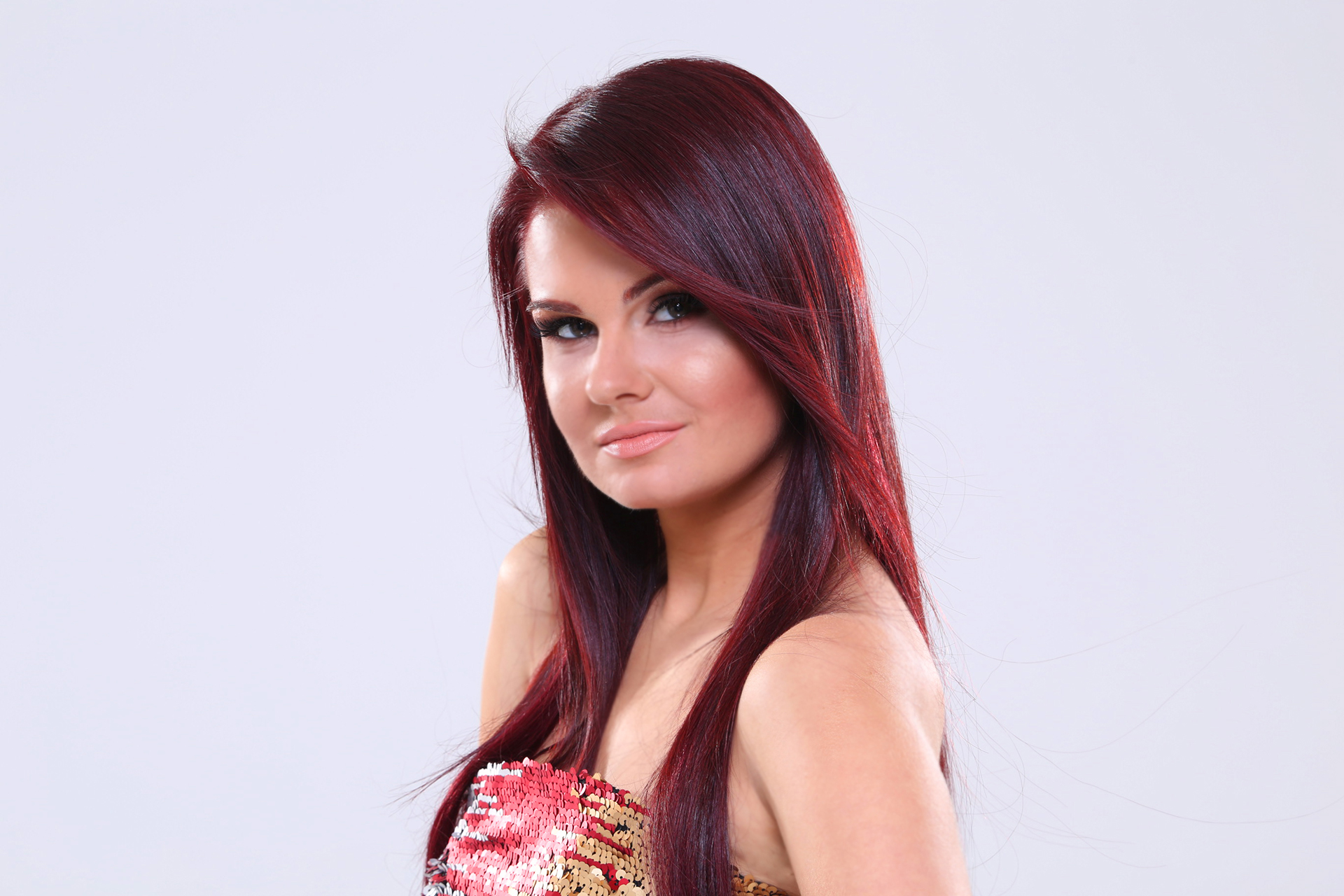 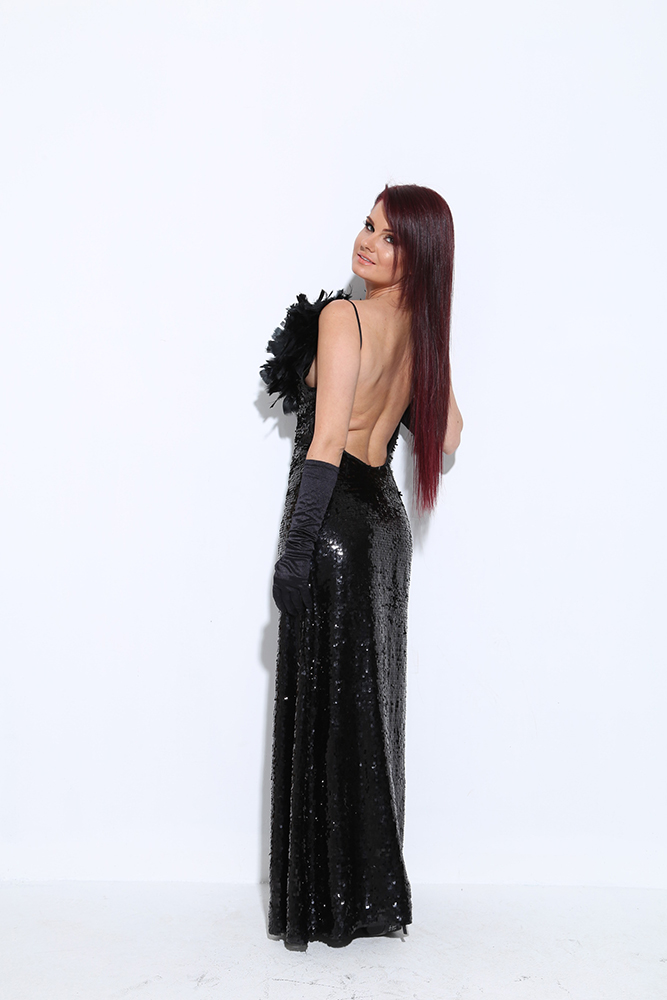 In 2006 Biliana became a student at The Academy of Music, Dance and Art, Plovdiv with first major in "Pedagogy of Music Education", and second major "Performing Arts – Classical Singing". She was from the class of Assoc. Prof. Toni Shekerdzhieva – Novak, PhD.

In June 2011 Biliana graduated from the Academy of Music, Dance and Art – Plvodiv with Bachelors Degree in “Performing Arts - Classical Singing” and second Bachelors Degree “Music Teacher”. During her studies, she participated in many productions both at The AMDA – Plovdiv and at The New Bulgarian University at the capital city - Sofia, Bulgaria.

In September 2011 Biliana is also a student in The Plovdiv University "Paisiy Hilendarski" with second Master Degree – “Graphic design”.

On 21.10.2008 Biliana Androncheva represented the students in Opera Singing from AMDA – Plovdiv at the annual music festival at Thrace University in the city of Edirne, Turkey.

In February of 2009, Biliana became one of the founders and a singing member of Trio Soprano.

Today Ms. Biliana Androncheva is an important part of Trio Soprano. She is determined to pursue the high and difficult road of the popular music by bringing her knowledge and ability in the classical singing to the up-coming younger generation.